On the Radar: Why Immigrant ‘Legality’ Can Feel as Scary as Immigrant ‘Illegality’ 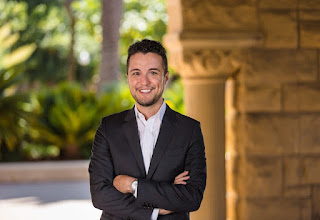 Under contemporary U.S. immigration policy, both “legal” and “illegal” immigrants are vulnerable to deportation. Sociologist Asad L. Asad’s article in Law & Society Review, “On the Radar: System Embeddedness and Latin American Immigrants’ Perceived Risk of Deportation,” asks what this shared vulnerability means for whether and how undocumented and documented immigrants fear deportation. He describes the perceptions and experiences of Latin American families recruited from their residential neighborhoods in Dallas, Texas.

Asad’s analysis reveals the perverse incentives the U.S. immigration system creates for immigrants seeking to balance their long-term commitment to this country with a desire to respect the law. First, immigrants in the study who have previously been detained or deported (but who now live in the United States) report fearing record-keeping bodies—ranging from the police to hospitals—that might once again place them on the radar of the U.S. immigration system. Second, the fears that documented immigrants in the study report are similar in character to those who have previously been deported. They fear their legal status places them on the radar of an unforgiving system that is quicker to dole out deportations than legal status. Third, undocumented immigrants in the study who have never been detained or deported continue to fear deportation, but they feel somewhat insulated from it because they see themselves as existing off the U.S. immigration system’s radar.

The findings from this study highlight how the U.S. immigration system’s twin goals of punishment through deportation and integration through legal status are at odds. If fears of deportation lead immigrants to pass up rare opportunities for legal status in their search for (continued) invisibility to a system they view as unforgiving, they and their U.S.-citizen children may face restricted opportunities for promoting their long-term well-being in this country.