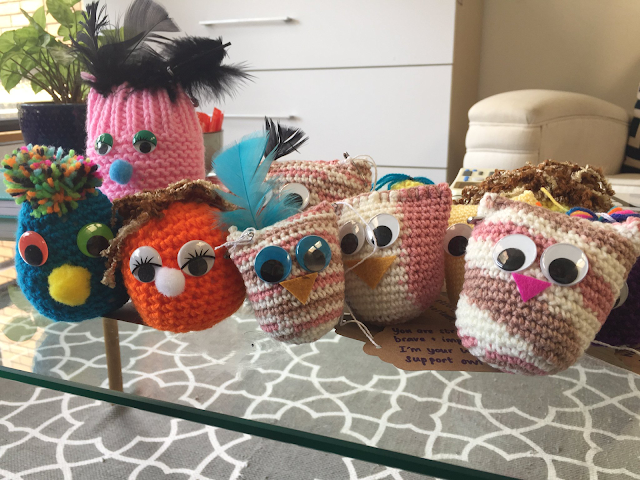 
What would show up if instead an activity often dismissed as trivial, mechanistic and feminine—knitting (and I want to include crochet; for brevity I’ll sum up both with knitting)—were the metaphor for the law instead?

Baseball is largely a United States game, with apologies to those in Japan, Latin America and Canada who love it. People knit around the world. Voting on the United States Supreme Court, and studying it as a matter of individual votes, is a United States practice. Studies of courts outside the United States focus less often on individual judicial votes, instead examining the complex processes of mobilizing rights claims, bringing cases in supranational courts, and implementing decisions. Judicialization is significant in global politics; knitting is a more inclusive, less US-centric metaphor than baseball.

So, knitting as a metaphor leads to an understanding of the legal process that includes multiple participants. It’s more akin to sociolegal approaches to law, which lead to studying who mobilizes the law, how subjects of the law experience its development over time, and how organizations implement the law, than it is to approaches centering on elite judges. It also draws on something other than cognition, contributing to the rapidly increasing recognition of the importance of emotion to law.

People knit for refugees, a category governed in international law. Refugees are resettled via distinctive national legal processes. Women knit in refugee camps. Yarn shops and charities coordinate knitted donations for elementary schools and for preemies in hospitals. University of Cape Town’s Centre for Law and Society knits and crochets comfort creatures to go in kits for rape survivors, to be carried in pockets as people walk through the legal process (photo above). The law constitutes all these organizations. Knitting projects in prison are widespread; with mass incarceration, far too many people have an opportunity to learn to knit in conditions that law creates. Knitting’s a physical pleasure: colors are pretty, many yarns are soft to the touch, and people can quickly make something appealing and useful, with a low barrier to learning. Prison is not known for its safe pleasures. Like college-in-prison projects, teaching knitting to incarcerated or homeless people builds connections between the outside world and the abject subjects caught in the law. Knitting is meditative. It can help manage addiction and stress, and teach patience. Managing stress, developing patience and learning how to make mistakes are skills useful to anyone, including lawyers. Knitting lawyers even have a Facebook page.

Where else does the metaphor lead? Strands become fabrics. Knitting is a series of slip knots, flexible and sturdy, and readily undone when people pull on threads. That’s a different image of how appellate judging brings together cases to make a well-crafted or poorly made fabric than Bruno Latour’s description of the edifice the French Conseil d’Etat contributes to with each decision. Some knitting designers are celebrities, others contribute to variations in patterns, and others knit to rule. An online community of knitters—ravelry—encourages people to share photos of their projects and notes, and to develop their design skills. Encouragement on ravelry and in real life can lead women to becoming entrepreneurs. Designers who sell well have different, distinctive styles—Andrea Mowry is especially recognized for using multiple strands that fade into each other across a fabric. Stephen West designs very showy shapes often using a stunning amount of yarn for any one project, with multiple colors and textures. Wondering about race, celebrity and knitting? There’s a dissertation and a hash tag for that. For anyone who likes to celebrate individual judges, it’s not hard to start wondering what a multiple choice quiz would look like matching designers and judges, and what stories to tell about exclusion and qualifications.

The fabric of law, including judicial decisions, cumulates stitch by stitch and row by row. In reproductive rights, knitting rather than baseball, individual balls and strikes, and individual judges, best describes developments in the United States. Cumulative decisions that count increasing restrictions on providers and access as not an ‘undue burden,’ per Planned Parenthood v. Casey (1992), create a fabric that leads people to describe the already extremely limited access to support for decisions about childbearing and rearing as hanging by a thread.

Thirty years ago Patricia Williams explained that her mother told her lawyering was in her blood because a white ancestor was a lawyer; the statement included both racism and the promise of power. Perhaps working with law is women’s birthright because knitting is.