Federalism and the dynamics of subnational legal mobilization 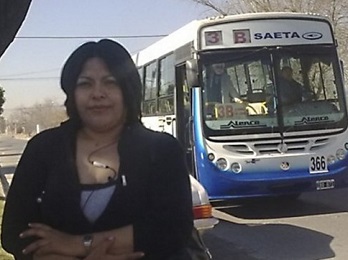 The literature on law and social movements in Latin America has generally focused on the relationship between social actors with national high courts. This emphasis is partly due to the importance of the recent creation or empowerment of constitutional courts across the region, after democratization and judicial reform processes. However, understanding the dynamics of subnational legal mobilization in these settings is fundamental, given that, especially in federal regimes, socio-legal processes at the local level are crucial for the effective implementation and enforcement of rights.

My article Federalism and Subnational Legal Mobilization: Feminist Litigation Strategies in Salta, Argentina examines the factors that can influence subnational legal mobilization processes. It argues that in order to understand the use of law by social actors at the local level we should consider the impact of federalism on subnational legal strategies, and in particular how federalism interacts with two of the most important variables from legal mobilization studies: support structures and legal
opportunities.

In Salta, feminist legal advocates developed two of the most important processes of strategic litigation related to women’s rights in contemporary Argentina, addressing gender discrimination in the public transportation system and religious education in public schools. Most notably, women’s rights activists in Salta have been able to make judicial gains without counting on a strong organizational infrastructure to sustain litigation by a highly traditionalist enclave, with a local judiciary widely influenced by Catholicism and the presence of a majority of conservative justices in the highest provincial court.

The article’s main thesis is that federalism’s institutional arrangements strengthened the capacities of local feminist legal activists to pursue litigation strategies through two main mechanisms: by fostering the institutional autonomy of governmental agencies and insider activists working for the defense of rights at the local level, and by creating incentives that facilitated the provision of external legal resources and support for local legal activists in civil society. The article argues under certain conditions, federalism can promote a synergy between national and local factors, both in civil society and the State, which can favor subnational feminist legal mobilization. On the one hand, federal anti-discrimination and rights-protection agencies located at the subnational level can enjoy, under certain circumstances, institutional autonomy from local political powers. This confers a degree of independence to movement allies and institutional activists within those institutions to support legal mobilization processes at the subnational level. On the other hand, the federal organization of the judiciary can generate incentives for national-level rights advocacy organizations to support subnational legal strategies, and in this way, strengthen the legal resources of local legal activists to carry out strategic litigation.