The Christian Conservative Moves to Transform Law Through Legal Education 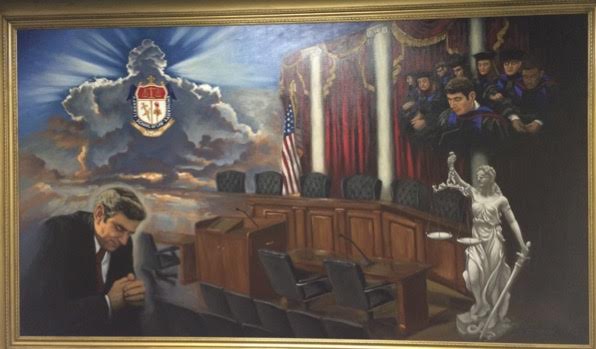 As “gatekeepers to the profession,” institutions of legal education are positioned to provide various forms of essential capital for movements interested in transforming law. They attract, socialize, and credential lawyers (human capital); establish or provide inroads to networks for group advancement (social capital); and create, spread, and legitimate ideas within the legal, political, and wider public's (intellectual and cultural capital).

In our article,"Higher Law: Can Christian Conservatives Transform Law Through Legal Education?", we analyze how three leading Christian conservative law schools and one training program organize themselves to produce the kinds of capital (human, intellectual, social, cultural) needed to effectively change the law.

Scholarship corroborates the proposition that law schools and legal education are an important part of the broader “support structure” for legal and constitutional development. From the New Deal Revolution in the 1930s and 40s and the birth of legal liberalism, to the “Rights Revolution” of the mid-20th Century, to the conservative counterrevolution begun in the 1980s and continuing today through to the Supreme Court, we see how sweeping changes in law and legal culture originated in changes in law schools, legal training and education. Moreover, recent high-profile investments in legal education by conservative patrons and donors such as the Koch Brothers, the Olin Foundation, and the Scaife Foundation to establish beach heads in the legal academy for conservatives who reject the liberal legal orthodoxy demonstrate the widely-held belief that American law schools are a critical lynchpin in the battle for control over the law.

Parallel to secular conservative’s organized entry into the fight to control law and law schools was the creation of the modern Christian Right. While the product of decades of changes, the modern Christian Right arguably entered American politics as an identifiable force in the 1980s. Starting mainly in the traditional venues of electoral politics, by the 1990s, leaders within the movement recognized the need to expand their fight into the nation’s courts, and so they created Christian conservative legal organizations (CCLOs) such as Alliance Defending Freedom and the American Center for Law & Justice. Proving to be astute observers of those who came before them, the introduction of CCLOs was soon followed by a much larger, long-term investment in the fight to control politics and law – the founding of Christian conservative law schools and training programs.
Regent University, Liberty University, and Ave Maria Schools of Law, as well as Alliance Defending Freedom’s Blackstone Legal Fellowship, are all institutions established to serve as classic support structures for the conservative Christian legal movement. In the words used by the Blackstone Legal Fellowship, their “goal is to train law students who will rise to positions of influence and leadership as legal scholars, litigators, policy makers and judges. Ideas may have consequences, but people change cultures.” While these institutions could once be dismissed as marginal, the Trump administration’s assent to power, and the president’s recognition that the white Evangelicals who comprise the Christian Right are his strongest and most loyal supporters, political conditions are perfect for this movement to thrive.

As law schools and a training program, though, they are also standalone institutions that have their own interests and wider academic and professional contexts within which they must operate. Given that, while they have been created to serve a specific end, their abilities to realize these ends are not as direct as their founders may have hoped. The needs to secure American Bar Association accreditation, weathering the downturn in the legal market, competing for limited pools of qualified student and faculty, and the need to be accepted by the legal mainstream while preserving their distance from it are some of the challenges these new support structures face in successfully serving their movement. Faced with these challenges and a sudden abundance of political opportunities, our article goes on to detail how each of these institutions seeks to realize its radical mission of challenging secular legalism and their potential to control the law.