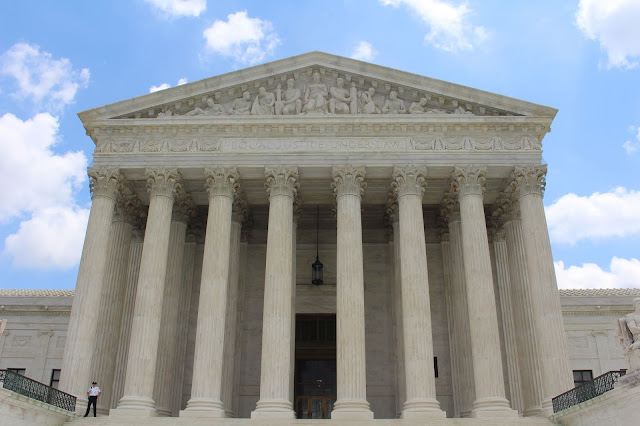 Whether or not Republicans acknowledge it, the elevation of Brett Kavanaugh to the Supreme Court will create a legitimacy problem for the Court. As comparative scholar Fionnuala Ní Aoláin explains, “allegations of sexual misconduct by senior judges and judicial nominees have been rare globally,” and when they have been raised in Costa Rica, India, and Namibia, the judges involved were removed through the operation of “a combination of criminal process, judicial investigation, and administrative/police investigations.” The US Supreme Court’s role both within the United States and as an internationally visible institution demands a high standard of judicial accountability and fair process. Lifetime appointment and the belief in the court as very powerful bring a national spotlight to hearings, making terrible processes all the worse. Even as more women have joined the United States judiciary, Senators and nominees still can choose to use hearings to demonstrate male power.

On Friday a compromise appeared to emerge to refer the questions about Kavanaugh to the FBI for a week-long investigation prior to a Senate vote. While this constitutes a tiny step forward, a rushed investigation in a highly politicized climate is unlikely to do more than provide cover for the side that wins (likely Kavanaugh’s backers) and new reasons to feel betrayed for the side that loses. If Kavanaugh is confirmed under these circumstances, many women and sexual assault survivors will continue to feel silenced and disrespected. But what can be done once he is placed on the Court? Even if the Democrats win big in the 2018 midterm elections and can muster a majority to impeach him, removal constitutionally requires the votes of 67 Senators. Undoubtedly, any move toward impeachment would be decried as a purely partisan attack and a violation of the principle established by the failed impeachment of Justice Chase early in our national history that Supreme Court Justices should not be subject to a politicized removal process.

If Congress refuses to behave responsibly and slow down the process, perhaps the Judicial Conference could clean up this awful mess.

Since the early 1980s, the Conference has had primary responsibility for managing investigations of federal judges suspected of having engaged in wrongdoings that might justify impeachment and removal. I believe the idea here was that it was wiser to have the institutional actors from the courts handling investigations to insulate the process more from partisan and political interests. The Conference is composed of the circuits’ chief judges and the Chief Justice of the US Supreme Court, which likely correctly presumes that they have the interests of the judiciary as an institution and the preservation of its legitimacy as central concerns. The chiefs are also generally respected jurists with significant time spent in service, which gives them more depth of perspective.

While the Conference does not currently possess jurisdiction over Supreme Court Justices, the House, in initiating a review process, could empower it to do so. Nothing in the authorizing legislation would appear to prohibit this, even if politically it is both unlikely and unprecedented.

I would guess that one person on his knees fervently praying for a deus ex machina to appear and preserve us from Associate Justice Kavanaugh is none other than Chief Justice Roberts. Obviously, he desires many things that I find horrible: to destroy union power, to dismantle reproductive and contraceptive liberties for women, to roll back the federal government’s responsibility to address racial and other forms of discrimination, to buttress aggressive religious liberty to counter LGBTQ rights, and to block even minimal regulatory efforts designed to slow the advance of climate change. However, I’m sure he wants a clean kill on all of these issues, and every 5-4 vote with Kavanaugh in the majority will be under a heavy cloud if I and others have anything to say about it. Judicial decisionmaking in societies with deep, difficult fault lines does not ameliorate divisiveness, and it doesn’t get better with time.

A full investigation of Kavanaugh could determine whether he meets the minimal standards expected of federal judges to remain on the bench, and as much as I am filled with feminist rage and wish to see him gone by any means necessary, for the legitimacy of our federal courts, for reinforcing the norm that sexual assault is disqualifying for service as an Article III judge, and for good of the country, I would accept a full investigation by the Judicial Conference, regardless of the result it reaches.