Call for Participation - C4: The Conference on Contemporary Celebrity Culture

August 28, 2018
I came to the study of celebrity because I was fascinated by the cultural obsession with celebrity pregnancy that I observed among women in the United States, and had a growing concern that such an obsession was facilitating the surveillance, commodification, and regulation of pregnancies for regular, every day people.   Since the publication of my book Pregnant with the Stars likeminded law and society scholars have seemed to come out of the wood work – admitting, sometimes a bit bashfully, that they, too, are interested in celebrity culture.  And why not? Or, why bashfully?  Celebrity is a particularly important phenomenon for law and society researchers to grapple with.

Happily, in the past three years, I’ve engaged in conversation with scholars interested in the phenomenon of celebrity as it relates to our contemporary political moment, and the construction of reality stars as viable sources of truth and authenticity; I’ve spoken with friends and colleagues who care very much about the ways that particular celebrities and their activism impact the legal system, social movements, and political outcomes: people obsessed with Beyoncé and John Legend, with Rose McGowan and Laura Dern, with murderers who have achieved celebrity – like Charles Manson, and with lawyers and judges who have achieved celebrity – like Judge Judy and Michael Avenatti.   And, I’ve engaged the work of law and society scholars eager to think through the role of popular culture and celebrity in criminal justice reform, in the #BlackLivesMatter movement, in the #MeToo movement, and in the #NoDaPL movement.

Professor Craig Owens(English) and I intend to gather an intimate group of similarly-minded scholars from a variety of disciplines for a conference slated for June 9 – 11 2019, at Drake University.

We particularly invite the robust participation of sociolegal folks: consider it an after-party for the LSA crowd, returning wearily from the meetings in DC! 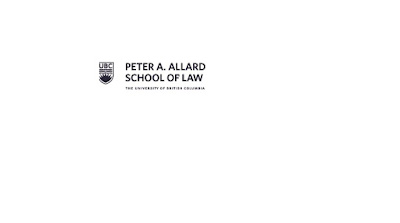 The conference will feature up to 24 non-simultaneous, 20-minute plenary presentations over two days, in addition to an opening dinner, closing reception, costume party, and keynote presentation. Participants will be invited to submit article-length versions of their papers at the end of summer 2019 for inclusion in a peer-reviewed collection of essays.

Thanks to support from the Drake University College of Arts and Sciences and the Center for the Humanitiesat Drake University, a modest registration fee of $150 will cover all conference-related expenses, including daily breakfast, opening dinner, and audio-visual technology needs. Conference-rate hotel accommodations near Drake’s campus will be available to participants.  June in Iowa is lovely.  We promise.

Please send proposals, including a 350-to-500-word abstract and a brief author’s biography, in the body of an email, to celebrity.conference@drake.edu by 15 September 2018. Please do not send attachments. Decisions will be announced by October 31, 2018; registration deadline: February 1, 2019.

Questions may be addressed to the C4 organizers: Renee Cramer, Professor of Law Politics and Society(renee.cramer@drake.edu) or Craig Owens, Professor of English (craig.owens@drake.edu), both of Drake University.