The Roots of Life Without Parole Sentencing 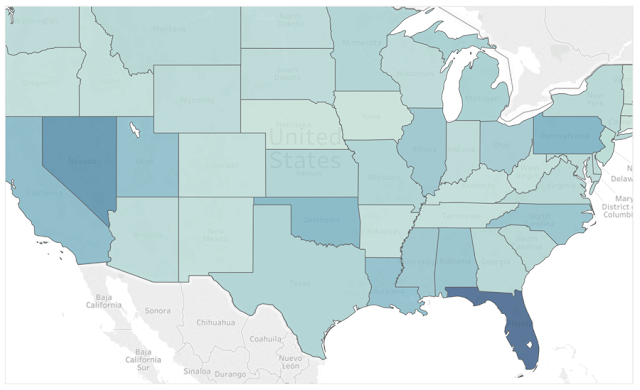 Since the early 1970s, life imprisonment without the possibility of parole (LWOP)—an extreme prison sentence offering no reasonable possibility of release—has emerged as a routine legal sanction and penal practice in the United States. A century, even several decades ago, this would have been unexpected. Yet today, with more than 50,000 prisoners so sentenced and hundreds of laws authorizing it, LWOP is firmly entrenched in American penal policy, in judicial and prosecutorial decisionmaking, and in public discourse. Two general theses—one depicting LWOP as a replacement penalty for capital crimes; another linking LWOP with tough-on-crime sentencing policy of the mass incarceration era—have served as working explanations for this phenomenon. In the absence of in-depth studies, however, there has been little evidence with which to carefully evaluate these narratives.


My article, “Disaggregating LWOP: Life Without Parole, Capital Punishment, and Mass Incarceration in Florida, 1972-1995,” provides a state-level historical account of the specific conditions and processes by which LWOP emerged in Florida, the state that currently holds the most LWOP prisoners. Drawing on archival documents and audio recordings as well as a broad range of complementary sources, I find that while anti-death-penalty movements and punitive politics certainly play a part, neither of the conventional narratives captures the complexity or principal motivating forces behind the rise of LWOP. More than an expected feature of tough-on-crime politics or an unintended consequence of humanitarian efforts to replace the death penalty with something less severe, in Florida from the 1970s into the 1990s, LWOP is best characterized as an artifact of transition. LWOP emerged as state actors dealt with two large-scale transformations in the penal field—(1) the constitutional regulation of capital punishment and (2) the transition away from indeterminate sentencing—through local penal structures and politics. Among the most substantial changes to law and practice was a sentencing guidelines reform that prioritized fairness and efficiency, not severity or incapacitation.

Showing how LWOP arose from reforms without punitive purposes, and in complicated ways that were not necessarily planned, the study provokes refection on very severe punishments and the processes that produce them. It also provides an addendum to the usual narrative in which mass incarceration results from laws and policies intended to be tough on crime. In addition, the case of LWOP in Florida offers a pointed reminder that the USA’s history with indeterminate sentencing is important for explaining the extreme incarceration growth that followed, suggesting a need for continued attention to shifts away from indeterminate sentencing as factors responsible for the shape and variety of contemporary American penal policy.