Publishing law and society research from outside North America: Reflections from an Eastern European Perspective 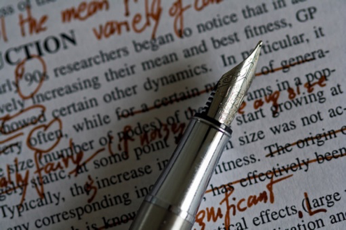 Together, the Law & Society Review (LSR) and Law & Social Inquiry (LSI), the main law and society journals in the United States, have published 603 research articles in the past ten years (excluding symposia and book reviews). Only 15 articles had as their geographical focus Central and Eastern Europe, Balkans, Russia, and Eurasia (CEE), and almost half of these were on Russia. This is a remarkably low number (2.5-percent), despite a significant increase in the number of articles not focused on the United States published since 2000. Overall, there is unequal representation of various regions and countries, reflecting the global economy of power, the range of national and regional law and society traditions, and their geographic and political closeness to the United States (China, India, Canada, and Israel, for example, are all well represented).

Why so few articles from a region that has been a veritable law and society laboratory since at least 1989? Major impediments, perhaps also applicable to other regions, include: the low number of submissions from and on the region, lack of awareness of law and society as an autonomous research and publication space, a hyper-positivist legal tradition in many of the countries of the region that discourages interdisciplinary research, and distinctive academic traditions, contexts, and networks.

As a graduate student and early career academic originally from Romania, I gradually became aware of the effects of implicit academic socialization that privileges North American law and society research for these journals (the overly US focused and Eurocentric tradition has been noted before). I hope these reflections will be helpful to other students and scholars from the region. I learned that top journals like the LSR value the theoretical contribution of articles, their sound empirical basis (regardless of methodology), and their reach to a relatively broad scholarly audience. The theoretical contribution as understood by the journal’s North American readers and editors requires authors to engage with US law and society scholarship, signaling that the author belongs to a specific scholarship community. Western-based authors already know this is expected, but it is less transparent to non-North American authors. Knowing that there is a law and society “canon” in the first place, and having access to it, are significant obstacles. Language, of course, is a separate and more general obstacle for non-native speakers.

As an author, it has been challenging to reach a broad scholarly audience as I have to situate regionally-specific topics in a particular North American sub-field, and separately to justify why a regional/national study has general appeal. Practically, this means addressing multiple scholarly literatures (North American and context-specific), which raises the bar while posing unique “word limit” challenges. Other structural barriers include the low number of peer reviewers, and the very competitive publication market (LSR’s acceptance rate is around 7-10 percent).

As a peer reviewer, I noticed some common challenges for authors from the region. Some, like descriptiveness, are partially intrinsic to writing about a non-US locale. Others, like weak theoretical frameworks and not addressing the relevant North American law and society literature, arise from a lack of awareness of the structural requirements for these journals. As an author interested in publishing sociolegal work in the US, but whose specific focus is CEE, I think carefully about my audience and always try to understand the field and what the journal publishes. Past issues of the LSR and LSI and the presidential addresses and responses offer a good sense of “the pulse” of law and society. I also pay close attention to the structure of articles published and the motivations of their authors for writing them, and consequently try to have a clear organizational structure. The first time I received a “revise and resubmit” response (the result of the peer-review process), I did not immediately know it was a good outcome. I addressed, however, every point raised by the reviewers in revision, even those I eventually rejected. I work and rework my argument until it becomes as clear as possible, and pay special attention to addressing the theoretical “value added” of my research (the “so-what” question). Ultimately, however, this is a two-way street, and hopefully the North American law and society community, and implicitly its flagship journals, will be increasingly more open to other scholarly traditions.