Imagined Law: "We followed the law word by word!" 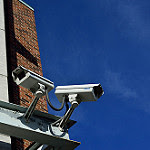 One of the first principals we interviewed was highly confident.  She firmly tapped the table and replied: “I followed the law, word by word”.  She referred to a binding regulation of the Ministry of Education.  We let her continue for a while, but then had to interrupt.  There is no such law, we told her.  It was an awkward moment.  The principal called her secretary, and asked to see the folder on CCTV.  The secretary indeed brought such a folder.  It had “CCTV” in capital letters on its cover. The principal opened it.  It was empty.
Other principals then offered similar answers.  Of course, we double-checked ourselves: perhaps there was a regulation that we missed.  Perhaps an unofficial draft circulated or leaked.  Nothing.  We framed the findings within Lauren Edelman’s theory of the endogeneity of the law, and added our findings: imagined law.  Some principals imagined a law, and acted upon it.  It was not merely a mistake about the content of an existing law.  They self-convinced themselves that there was a binding legal rule, and they acted upon it.  The imagined laws, by the way, differed from one principal to another.  The contents of the imagined law seems to be their own beliefs and convictions, projected onto this non-existing rule.
We find this autosuggestion fascinating: can the law be made out of thin air?  How powerful is such an imagined law?  Are there other such laws in our lives, beyond the school environment?  The school setting provided us with a real case study of an imagined law.  A teaching moment for all lawmakers.